I have come to the realisation that my apparent lack of interest in the Zimbabwean film industry is not entirely my fault.

Neriya, Yellow Card, Qiniso, Flame,  the Gentleman, and Lobola. Right off the bat, the fact that I can count the local film productions I know is not a good sign. Of these six, I’ve only ever watched three, which disqualifies me as a paragon of patriotism. What’s worse is that I can recite an infinite number of international film titles from ten years ago and even from before I was born.That said, I have come to the realisation that my apparent lack of interest in the Zimbabwean film industry is not entirely my fault.

The number one reason I, along with many other Zimbabweans, are no longer on the local film productions band wagon is the acting. There is no sugar-coating it, the acting is subpar to say the least. Acting is art of make-believe, an art that many local actors and actresses have not mastered unfortunately. As a lecturer of mine would say, “they pretend to act” and it’s painful to watch.The 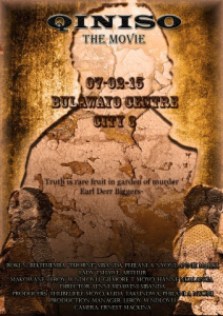 fact that many Zimbabweans have access to international content (through whichever means) as a basis for comparisons only makes the terrible acting more apparent.

My second reason, which might be a tad controversial, is how conservative the scripts are. I fully respect Zimbabwean traditional and (some of) the values associated with it, but I also believe it is limiting the range of films that can be made in Zimbabwe. This is because many basic behavioural patterns which are the mainstay of Western films are a “no-no” in local productions. Case in point, kissing. This conservatism feeds into the types of stories explored in Zimbabwean films as well. Another reason that justifies my nonchalance when it comes to these local productions is that there is blatant ignorance of the fundamentals of film production. Maybe I am slightly biased on this issue (as a media studies student), plus I’m a purist.It takes more than just a healthy budget and camera to make an engaging theatrical piece.

Finally, the plots are predictable, clumsily written and uninspired scripts. It’s either a story about HIV, an employee-employer relationship gone array, or both (most probably both). Granted, they may have contextual relevance but we have been exposed to too many similar stories, that it has become monotonous. I have not lost faith in the prospect of Zollywood yet, and I do not think my faith will wane any time soon. To be fair Lobola and the Gentleman are solid efforts and part of the reason why my fingers remain crossed.  However, there is a great deal to improve on before that can be achieved.|||

Reblogged this on The Current Affairs Gazzette and commented:
I have come to the realisation that my apparent lack of interest in the Zimbabwean film industry is not entirely my fault