The search for arguably Zimbabwe’s best dance group is over as the, ‘Super Geeks’ have touched down and they have done so with poise and finesse. Be it Jah Prayzer’s, Sandra Ndebele’s or Asaph’s music video, they have been there. They call themselves the, ‘Super Geeks’ and for a good reason. The crew has truly given local dance crews across the choreography industry something to think about. They remind me of the late but great choreographer in all space and time, legendary Michael ‘Wack Jacko’ Jackson. Through their slick dance moves, the squad has carved their own niche and command a sort of cult-following amongst choreography fanatics. Everybody loves news and that is the very reason why we invited Nigel Zulu, one of the crew members for a chat about their trade:

Who are Super Geeks & why the name, “Super Geeks?”

Super Geeks is a multi-award winning dance crew which has some of the best dancers Zimbabwe has ever seen. It is made up of 11 members. Namely Nigel Zulu, David Cooper, Nkosi Tyler Phiri, Pasha Mpala, Mongameli Bright Dlamini, Midiah Mavawami, Prince Chibansha, David Matanga, Emmanuel Dove, Mwezi Mwezi and Neville

Why the name Super Geeks

From the dictionary, a geek is someone who is intensely interested in a particular field or hobby and likewise we are intensely interested and strongly involved in dance which makes us geeks in our own right. The word “Super” came from a super hero perspective were each super hero has his or her unique super power that define them and in that context every individual in the crew has his or her strengths in dance which makes them unique. Thus, the two words combined make, “Super Geeks”

To be one of the most influential dance crew both on local and international ground. We want our name to be mentioned every time the word dance is mentioned.

To develop artistic, entertaining and strong works, that are giving and inclusive to our audiences.

To seamlessly fuse amapiano, Afro and hip hop music genres to create a whole new way of dancing that tells a story and at the same time entertaining

To firmly introduce people to the new way of dancing which is not only limited to the old traditional way of dancing but the diverse and creative way which fuses dance styles like hip hop, afro, traditional, amapiano, krump, Contemporary and Pansula

To establish our way of dancing within the arts industry

Utilise dance as a creative tool of learning and development within our communities in order to give people the opportunity to realise their creative potential, so as to improve their social, personal and prospects in life.

When did your choreography career begin & how did the crew come together?

The crew came together in 2014 where we started off as solo dancers who came together to share something they had in common. We performed, battled and competed but we were not strong or entertaining enough then but as time progressed, we discovered that there is power in choreography and that kick started our dance routine careers and thus we started winning more competitions, awards, travelling and performing at bigger stages.

How different are the Super Geeks from other dance crews?

The brotherly-sisterly love and respect we have for each other. Each member’s opinions are not deemed invaluable and everyone is treated equally. Thus we don’t have a leader because we believe each individual is a leader in his/her own. We share a common goal and vision therefore it makes it quite more feasible to work together and the intellectual and mental capability to face and resolve problems that seem complex.

Which major competitions has the crew been involved in & any accolades so far?

Got nominated at the Bulawayo Arts Awards (2019)

What’s your perception on Zimbabwe or particularly Bulawayo’s choreography industry?

I’ll divide the choreography industry into two. There is the cultural/traditional way of choreography and the hip hop/modern way of choreography. The cultural/traditional way seems to be making it and has more respect and support in Bulawayo mostly because the generation before paved a good way for them whereas it’s not the same with the hip hop/modern way of dancing. As Super Geeks, we believe it is our duty to change this perception and I know we will. Looking at where we were when we began, I am optimistic things will get better for the industry.

Any features in music videos?

Working on having our own studio

Working on further branding our crew and representing dance

Working on hosting our own dance competitions and shows.

How do you balance your practice sessions & school/work?

The answer to this question is PRIORITIES. If you know what you want you will create time for it and make it work.

Yeah! Persistence and endurance is key. If you love something fight for it don’t let anyone tell you how to define your own life. Set your goals and make sure you see them through, it won’t be easy but one day you’ll look back and be proud.

To upcoming dancers and dance crews, I would encourage them to work hard, be humble, don’t let the hunger to learn die. We are willing to share what we have learnt throughout the years to anyone and we are also willing to learn from you. GET IN TOUCH and let’s dance!!

To anyone reading this and who has a desire to learn how to dance either for fitness or to advance their dancing skills, feel free to inbox us our social media handles are listed above.

The Super Geeks are available online on the following social media handles, Facebook, Twitter, Instagram and YouTube for your convenience. As always, your enigmatik boy Mbulelo is here for your suggestions. Who do you want to see profiled on Zimbabwe’s leading collegiate news and information site? Get in touch with me on WhatsApp and email. 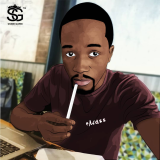